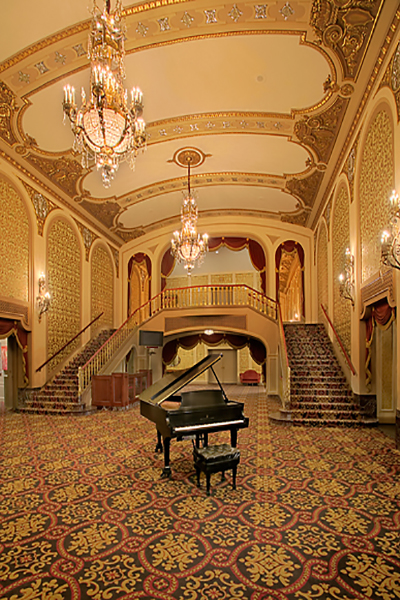 The Orpheum Theatre is truly one of Memphis' most remarkable success stories; a theatre able to overcome a variety of adversities that ranged from several untimely bankruptcies, a devastating fire, the decay of downtown Memphis and the threat of demolition for the construction of an office complex. Yet the "South's Finest Theatre" rose above all this and is the premiere performing arts center for the Mid-South. In 1890 The Grand Opera House was built on the corner of Main and Beale Streets. The Grand was billed as the classiest theatre outside of New York City. Vaudeville was the main source of entertainment at the time and acts featured singers, musicians and magicians. The Grand became part of The Orpheum Circuit of vaudeville shows in 1907, thus the theatre became known as The Orpheum. Vaudeville at The Orpheum was successful for almost two decades. Then in 1923 a fire broke out during a show that featured a strip-tease artist by the name of Blossom Seeley and burned the theatre to the ground. In 1928, at a cost of $1.6 million, a new Orpheum was built on the original site of The Grand, but it was a different theater. The new Orpheum is twice as large as her predecessor and is opulently decorated. Lavish tasseled brocade draperies, enormous crystal chandeliers, gilded moldings and the Mighty Wurlitzer pipe organ are just a few of its new amenities. As vaudeville's popularity waned, The Orpheum was purchased by the Malco movie theater chain in 1940 and presented first run movies until 1976. Malco decided to sell the building and there was even talk of demolishing the old theater to build an office complex. However, in 1977 the Memphis Development Foundation purchased The Orpheum and began bringing Broadway Productions and concerts back to The Theatre. Fifty-four years had taken a toll on the "South's Finest Theatre". The Orpheum was closed on Christmas in 1982 to begin a $5 million renovation to restore The Theatre to its 1928 opulence. A grand reopening celebration was held in January of 1984, and it signaled the rebirth of entertainment in downtown Memphis. The Orpheum, which is managed by the Memphis Development Foundation, presents two seasons of Broadway tours. In fact, on an average annual basis, The Orpheum has presented more Broadway touring productions than any other theater in the country. In addition to bringing the finest Broadway Productions to the area, a wide array of entertainers have graced the Orpheum's stage including Cary Grant, Andy Williams, Johnny Mathis, Gladys Knight and the Pips, Kenny G, Chuck Mangione, Stacy Keach, Patti LaBelle, Robert Goulet, Dorothy Hamill, Harry Connick, Jr., Tom Jones and the Vienna Choir Boys to name a few. Two of Memphis' local arts groups, Ballet Memphis and Opera Memphis, also call The Orpheum home. The Orpheum Theatre, a non-profit organization, continues to flourish because of the generous support of the community. 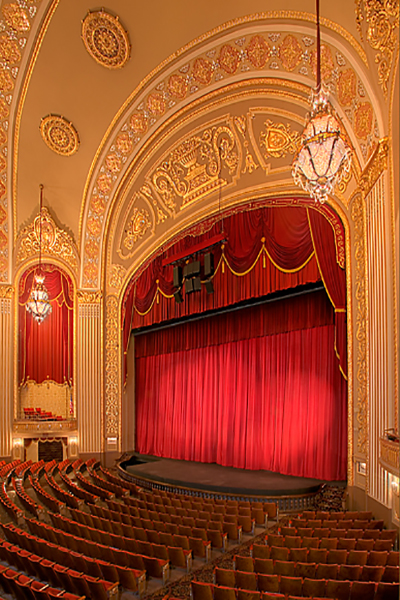 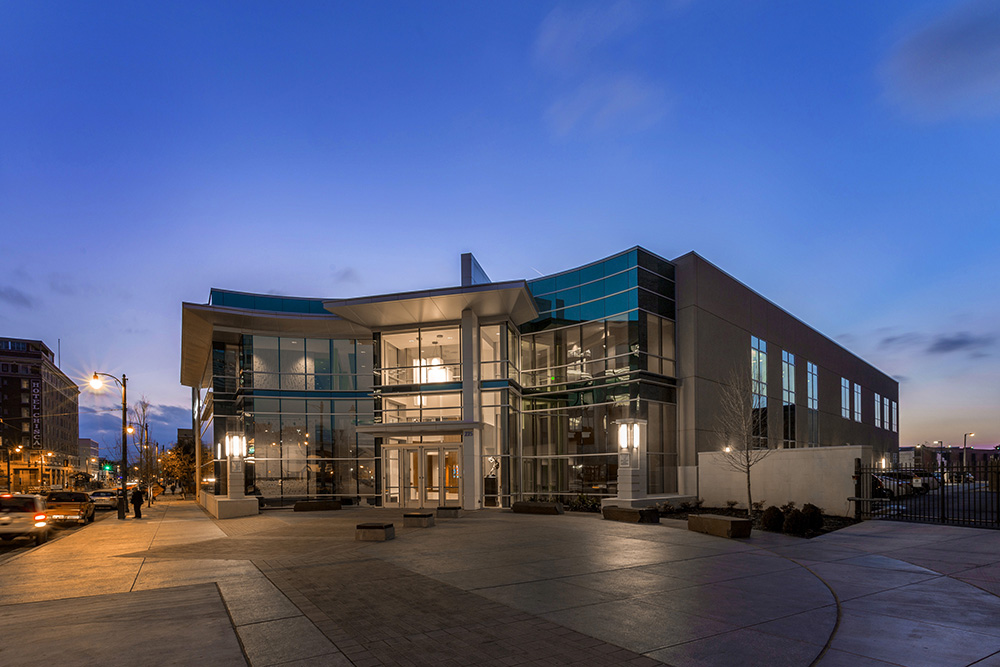 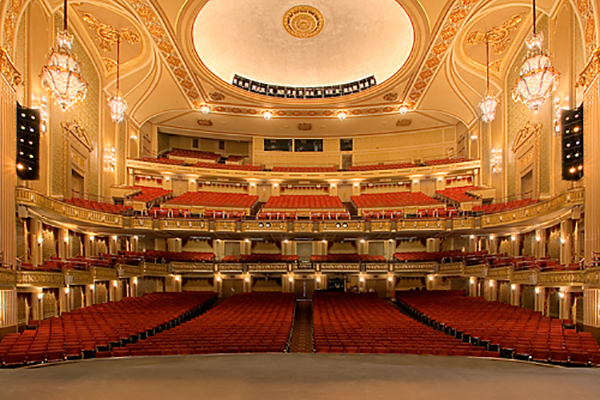 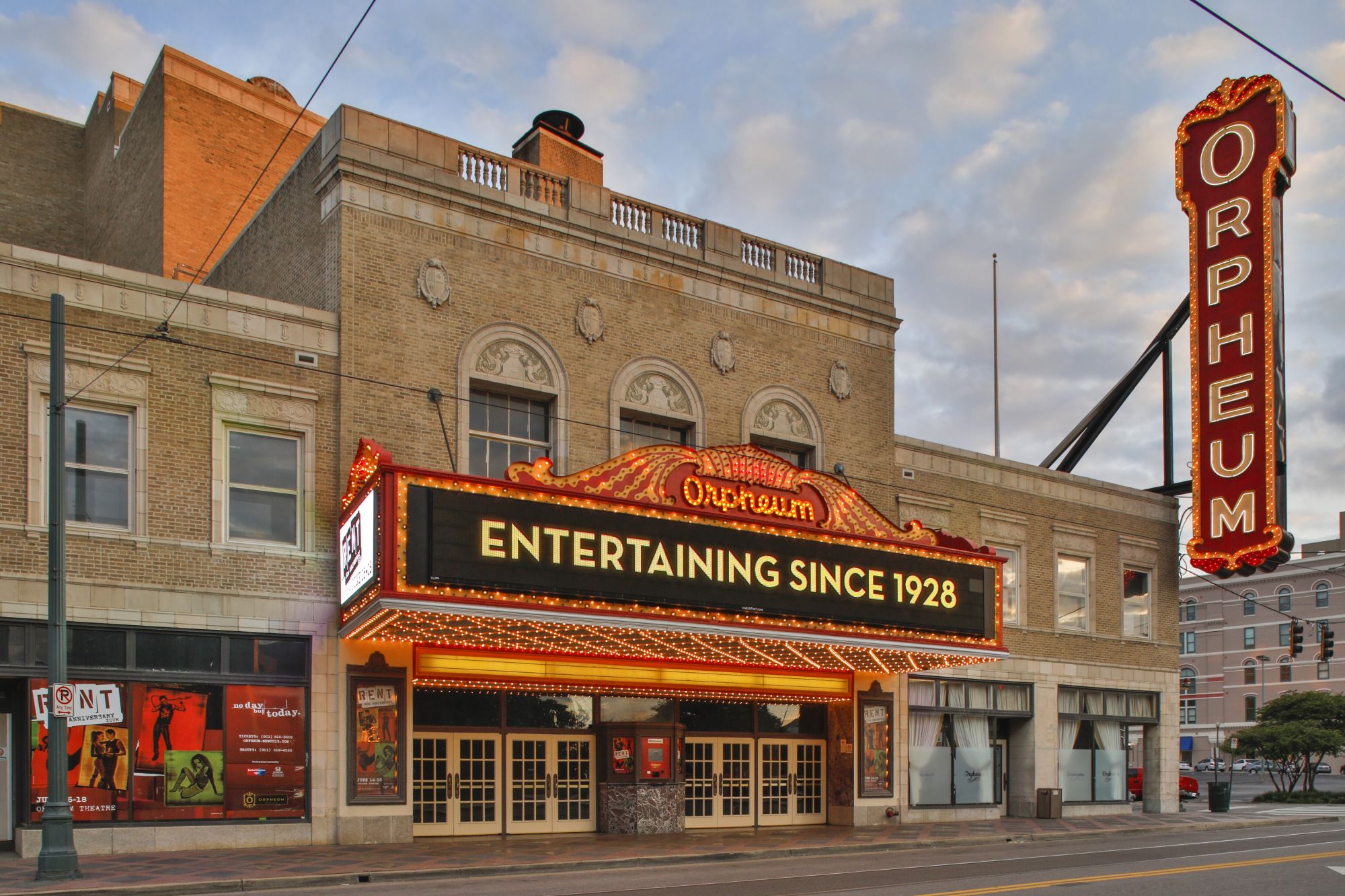