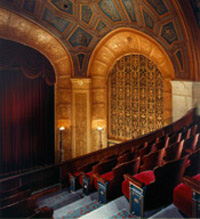 Located on the corners of Broadway Street and Madison Street at Grand Circus Park, the theater now known as the Detroit Opera House was originally opened January 12, 1922, as the Capitol Theater. At the time of its gala premiere, the 4,250-seat theater claimed to be the fifth largest in the world.