Description
J.B. McElfatrick & Son, architect. Built by Oscar Hammerstein in 1906 to rival the Metropolitan Opera House. But in 1911, Hammerstein sold venue to the head of the Met, Otto Kahn, who took over on the condition that Hammerstein not involve himself in opera for ten years. The Shuberts leased it from 1911 to 1917. Warner Bros. leased the space as a sound stage, starting in 1927. In 1940, it became a meeting hall. In 1976, it became a warehouse.
Media
See all 2 photos 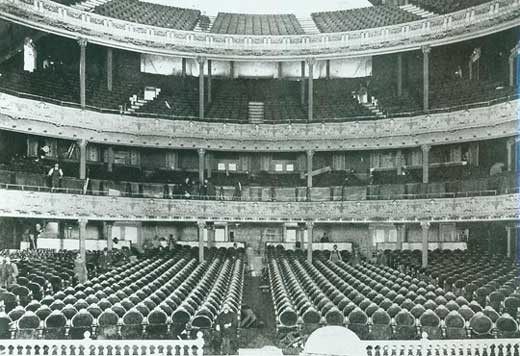