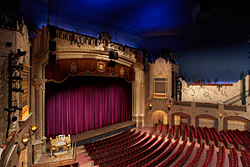 The Plaza Theatre opened September 12, 1930 to a capacity crowd of 2,410. It was advertised as the largest theater of its kind between Dallas and Los Angeles. Designed as a modern film house with the flexibility of presenting stage shows, the Plaza eventually hosted popular traveling shows and movies, becoming a fixture in the lives of theatergoers for generations to come. Although several theaters existed in downtown El Paso at the time the Plaza Theatre opened, its size, elaborate décor, and technical innovations made it stand out. No expense was spared in creating this elaborate building, designed in Spanish Colonial Revival style of architecture. While the exterior façade was designed to be reminiscent of a Spanish mission-style parapet, patrons were awed by the interior, with its intricately painted ceilings, mosaic-tiled floors, decorative metal railings and sconces and, to heighten the effect, antique furnishings. With such grandiose rococo design, it’s no wonder the Plaza was known as The Showplace of the Southwest. Perhaps most impressive of all was the $60,000 Mighty Wurlitzer Organ, elevating from the orchestra pit to accompany vaudeville shows, sing-a-longs, and to entertain patrons before and after films. Its toy box provided it with the versatility to replicate such sounds as horses hooves, the ocean surf and birds chirping. In 1972, the Mighty Wurlitzer Organ was sold and housed at the home of a private collector in Dallas. Through the generosity of the late Karl O. Wyler, Sr. (former owner of KTSM television and radio stations), the organ was restored and returned to El Paso in 1998. After a long run at Sunland Park Mall, the Mighty Wurlitzer Organ will return to its original home in the majestic Plaza Theatre. An event at the Plaza was more than simply seeing a show or a movie, but was a build-up of events. From the elaborate décor to the ushers catering to their every need, patrons were transported to a magical movie palace. Once seated, the theater lights would dim while tiny stars blinked and clouds appeared across the blue "sky". The organ would rise from the orchestra pit and the organist would play a musical medley. Finally, the show would begin. It's no surprise that during the Great Depression and World War II, the Plaza Theatre and other atmospheric theaters across the United States were an escape from the everyday world. Like many historical structures, the Plaza Theatre has lost some of its original splendor. Furnishings and artwork have been removed, the façade has been altered, and parts of its once-advanced electrical systems are no longer functional, yet the interior structure appears as it has for close to seventy years. On July 30, 2002 the City of El Paso formally approved a public/private partnership with the El Paso Community Foundation to restore the Plaza Theatre to its original splendor. Once again, the Plaza Theatre will become El Paso's Showplace of the Southwest. Jam Theatricals proudly presents Broadway in El Paso at the Historic Plaza Theatre. 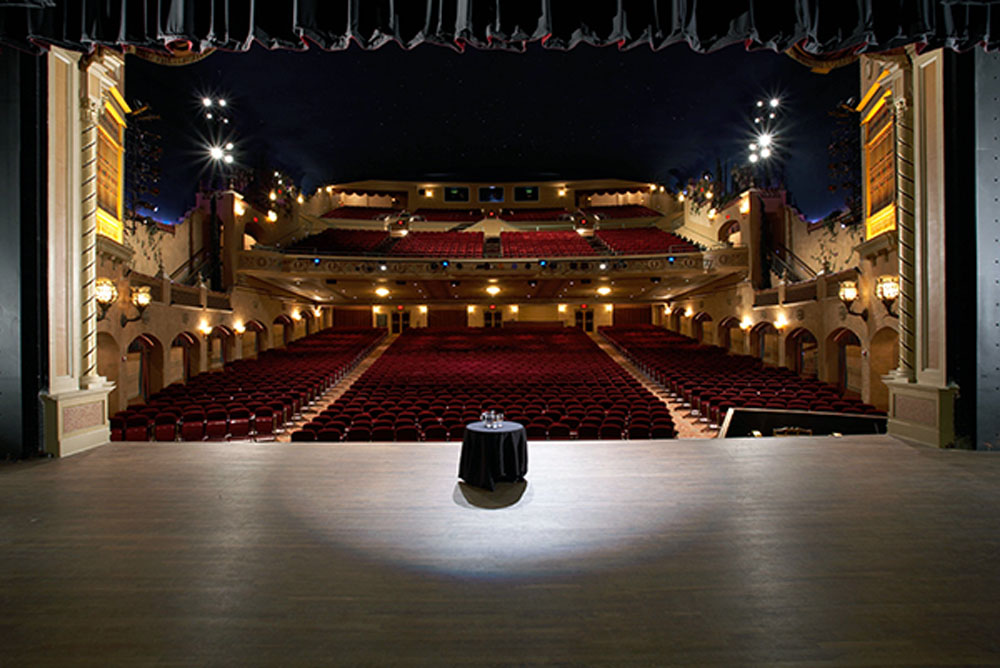