Previously
known as
Previously known as
Princess Theatre
22 Steps
Cine Lido
Latin Quarter
Cotton Club
Ubangi Club
Palais Royal
Description
Originally opening as the Palais Royal in the early part of the 1900s, it closed in the early 1930s. Its next life was as the new home for the renowned Cotton Club, formerly of Harlem, opening in 1936 and closing its doors just four years later. In April 1942, Lou Walters (Barbara Walters's father) reopened the club as the splashy, French-style Latin Quarter nightclub. It closed in 1969 after its chorus girls went on strike. Finally, in February 1979, the building opened as a legitimate theatre and was re-named the "22 Steps." After two more subsequent name changes and return as a night club, the building was demolished circa 1989. An enormous M&Ms store and a 27-story condominium high-rise now reside on the property.
Media
See all 2 photos 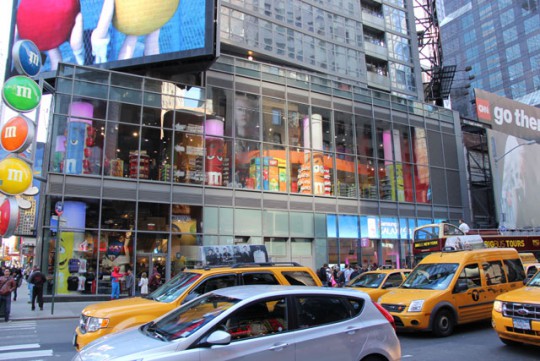