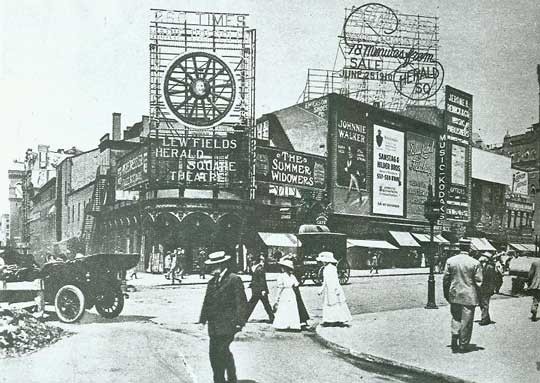 Previously
known as
Previously known as
New Park Theatre
Description
Rose & Stone, architects. Decorated with the interior of Booth's Theatre, which was being taken apart. In 1894, leased by Charles Evans, who rebuilt it and renamed it the Herald Square. Damaged by fire in 1908 and rebuilt as a one-story structure. In 1911, it became the first New York theatre to be converted into a silent movie house. In 1915, it was razed to accomodate the expanding garment district.