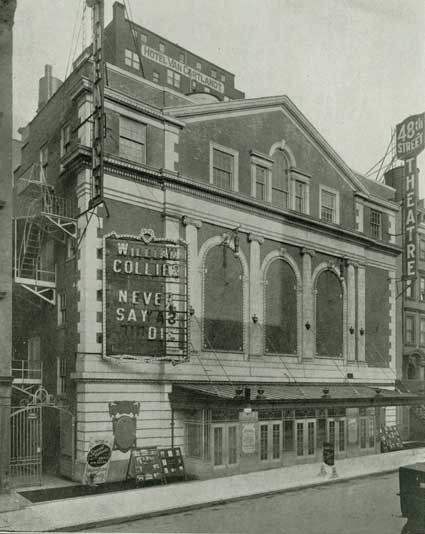 Previously
known as
Previously known as
Windsor Theatre
48th Street Theatre
Description
William A. Swasey, architect. Built by producer William A. Brady. In the 1920s, Actors' Equity leased the space for its Equity Players. Renamed the Windsor in 1937 and leased to Labor Stage (the culture wing of the International Ladies Garment Workers Union). Reverted back to its original name in 1943 to avoid confusion with a similarly named theatre in the Bronx. On August 24, 1955, a water tower collapsed and destroyed the theatre. The owners opted to sell the land rather than repair the damage.
Media
See all 2 photos 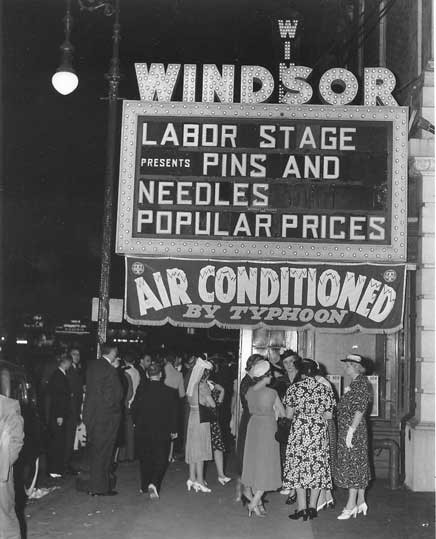